Happiness and Success-the two most important goals in your life and they must be in balance.

Joan decided that after 18 years of working for a world-class retailer she was ready to embark on a different career. But what? Where? How?

Answering the “what” would be the focus of our CoreThemes work together.

Joan was an expert in supply chain processes and systems, had extensive experience in sourcing and product acquisition. And she was especially good at managing and motivating people.

In spite of her obvious success and acquired skills and experience, Joan explained, “I work for a great company and am really good at what I do, but something is missing.”

In my work with people, I often hear the expression, “… but something is missing,” followed by “but I don’t know what.”

We began the Core Themes process by examining in great detail Joan’s personal background and professional experiences. A competitive person by nature, she always strived to do her best and take on the lion’s share of the responsibilities in whatever she pursued.

During her four years at College, Joan worked summers for an outdoor amusement park (water slides, rides etc). She soon was given the job of running the business full-time during the summer. She exclaimed, “I loved the park job, I got to hire the kids, troubleshoot and run the place.” She also learned something about herself, that she loved the autonomy and the entrepreneurial business environment. 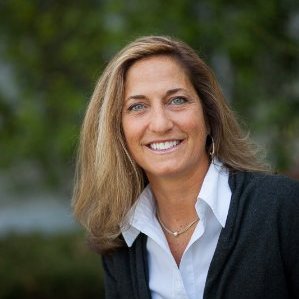 After graduating with a B.S. degree in Biopsychology, she accepted a position with a major retailer where she progressed through the ranks. Her professional experiences included project management, operations management, supply chain management and business leadership. She learned a great deal and for many years enjoyed her broad business experiences.

The results of the career testing shed light on Joan’s personal strengths, cognitive abilities, what motivates her and her interests.

Joan showed herself to have above average analytical and conceptual abilities which translated into the fact that she needed to have a fair amount of intellectual stimulation in her work. She also demonstrated high aptitudes in verbal comprehension and quantitative reasoning. These findings suggested that whatever she chose to do in her career, that she needed to be challenged and have the opportunities to utilize these strong skills.

On the personal side, Joan is a person of high energy, competitive, self-sufficient with an ascendant personality. A no-nonsense person, she has a proclivity toward action and acting decisively. And being an “outgoing” person, she tends to be expressive and demonstrative when engaging with others.  At the same time, her sensitive nature can result in her feeling anxious.

Upon further examination of the tests results, it was found that Joan has a strong drive level (ambition, desire to achieve), a high need to be autonomous, an even stronger need to “take charge”, a need to experience variety and change and lastly Joan is not shy about challenging others.

The data derived from the testing and the personal history provided the basis for launching into Phase 2 of the CoreThemes process.

As Joan moved through Phase 2 and into Phase 3, she began to see what was really important to her and it wasn’t having a fancy title, or making a lot of money or climbing the corporate ladder. What she discovered after a great deal of discussion and reflection was that what really mattered to her was having a life that was balanced between her personal life and responsibilities as a mother, wife and a career that was challenging and fulfilling.

The career she sought also had to be intellectually stimulating, provide a large measure of independence, enable her to act decisively when necessary and offer her continued opportunities for professional growth.

And all of this in the context of having a balanced lifestyle!

With her newfound knowledge and armed with her CoreThemes, Joan set out to discover the opportunities that would be in sync with her objectives.

Lo and behold, after some diligent networking, she came across a company owned by two entrepreneurs that had diversified investments. Although there was no advertised position, the two owners took a liking to Joan and created a position that encompassed several of their business needs.

Joan was able to negotiate with the owners to allow her to start her day after she put her two young children on the schoollbus in the morning and be there when they arrived home in the afternoon. Because she was able to have autonomy and flexibility in the job, she could work from home or return to the office later in the day after her husband came home from his job.

The fact that this new job was only 5 minutes from her home enabled Joan to have the best of both worlds. Previously for 18 years, Joan commuted 50 minutes each way which greatly affected her time with her family.

Another pleasant surprise was that her salary, though not as great as her previous one, enabled her to eliminate the children’s nanny thereby saving thousands of dollars and coming out financially close to what she was earning in her prior job.

It’s been four years since Joan made the bold move to leave her secure job of 18 years. She now has achieved the balance she so desperately was missing, a job that challenges her intellectually, professionally and one that offers her autonomy and flexibility.

Joan created this near perfect scenario because she was intentional in her efforts to change her life, discovered what was most important to her and then went out and found it.

Joan did it and you can do it as well!