Happiness and Success-the two most important goals in your life and they must be in balance. 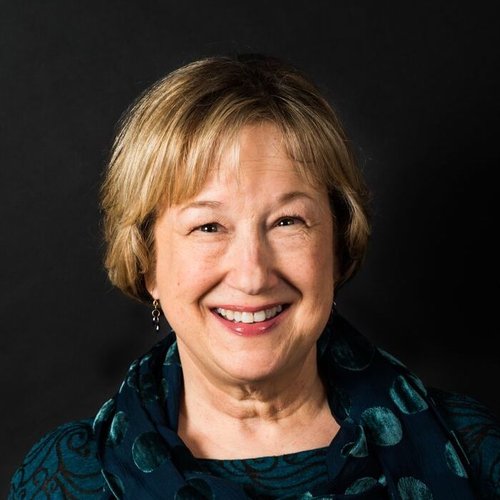 My work with Ray Inglesi began several years ago. At the time, a good friend of mine had just been laid off after fifteen years in a high-level management position by a large corporation based in Maine.  For someone who had recently lost his job, I was struck by how upbeat he was.

When I pointed out how well he seemed, he credited the work he was doing with Ray, exploring his Core Themes. I was a full-time mother, looking for guidance on how to re-enter the workforce after a long hiatus at home, and decided to give Ray a call.

Ray Inglesi’s approach to career counseling is unique. Your Core Themes are those attributes that inform your sense of self in any setting. Ray helped me to answer the question, “What are the things that most essentially define you as a person?”

Being able to articulate your Core Themes is not the same thing as knowing the results of an aptitude test, or having your personality type analyzed and profiled. These are certainly useful tools to gain insight into what makes you tick, but articulating your Core Themes is essential to know, on the deepest level, what gives your life meaning and purpose.

Ray shared a personal anecdote that helped me to understand this concept. Every year he goes fly fishing in Montana with his son. Yes, the setting is spectacular, the sport fishing (catch and release) is fun, and seeing the area with a knowledgeable guide is interesting, but the Core Theme for him is spending time with his son.

Figuring out your Core Themes is a process. It takes time. It can be frustrating. I had a few false starts along the way.

After working with Ray for six months, I got a job offer out of the blue at a local garden center I loved (my background was in horticulture). I was excited about working there and having discussed it with Ray, I thought enough of my Core Themes would be met that I’d be okay. Silly me. After a year, I knew I had to quit. Once you know your Core Themes you pay a high emotional price if you ignore them. You can try, but it is like dating someone you know isn’t “the one,” while turning a blind eye to the things they do that drive you crazy because you don’t want to deal with being single again.

When a job isn’t a good fit, you know it, and eventually, you have to “break up.” So I gave my notice, and on my last day when I pulled out of the parking lot on a hot July evening, I rolled the car windows down, let out a whoop, and promised myself aloud, “ “I will never have a job like that again.”

That was the good news. The bad news was that I was again floundering. So, after a hiatus of a year and a half, I returned to my work with Ray. I was discouraged. During one meeting, I ended up in tears. At that very moment, Ray’s assistant knocked on the door to say that he had a call from a long-standing client of his, who was in Alaska, and insisted that he needed to talk to Ray. He apologized, excused himself, and took the call.

He was gone for a long time and when he got back he said, “Creighton, you’re not going to believe this.” The client had called because he was about to head out as a guide with a client to do a cable TV sports show and he wanted to thank Ray for all his help in getting him to that point. Ray had started working with him five years earlier and it had taken him until now to achieve his goal: meaningful, satisfying work that met all his Core Themes.

He wanted to share this very important day with Ray. He had his dream job! Ray told him what an amazing coincidence it was that he had called at this moment because he had someone sitting in his office struggling with the same issues. His client said, “Tell her to be patient and to believe in herself. Tell her not to give up on her dreams!”

It was a providential moment that wasn’t lost on either Ray or, more importantly, me. I had goosebumps. I have always remembered his message in the years since: be patient, trust myself, and believe in my dreams.

I took the New Ventures entrepreneurship course (offered through Women, Work, and Community in Augusta). I created my own business, Flower Pot Gardens, a container gardening service for spaces large and small. At the same time, I did a volunteer internship at Ruby Slippers, a Portland-based consulting firm that offered life-planning retreats for women.

Over time, I became more involved with designing programs, events, and presentations, which ultimately led to my becoming a fellow Ruby Slippers partner with my two colleagues, Susanna Liller and Amy Wood. I also completed certification training in both mediation and facilitation at the University of Southern Maine. Working with women on setting life goals became a passion of mine, and I went through the accreditation process to become a certified Life Coach through Coaches Training Institute, based in San Rafael, California. I had a small but growing coaching practice.

I gave up my horticultural business to focus on my work at Ruby Slippers. For three years we did a monthly talk on lifestyle topics of interest at the Portland Public Library, which was their most popular program. (We were even highlighted in their annual report.) I discovered that I loved public speaking, and got training from Speaker Services in Los Angeles, California and Transformational Speaking with Gail Larsen in Seattle, Washington. For the first time, I felt the satisfaction of fully embracing my Core Themes.

And then life happened. My son developed schizophrenia in his first (and only) year of college. His illness came like a bolt out of the blue since neither side of our family had any history of serious mental illness. I was heartbroken. Watching my son’s descent into serious mental illness was devastating. I had the double whammy of being a caregiver to both of my elderly parents, who were having frequent medical emergencies.

It was clear that something had to give so I didn’t take on any new coaching clients, and when my longstanding clients were ready to finish, I closed my coaching practice. Ruby Slippers also disbanded as the three of us explored new opportunities that went in different directions.

Once again I was in transition, but I remembered the words of Ray’s client, “tell her not to give up on her dream,” and I tucked that away in my heart. For now, I was catapulted in a direction that I would never have willingly chosen, but even when times are tough, honoring your Core Themes is a powerful and life-affirming process.

My personal Core Themes include my family life and close friendships, needing creative outlets to express myself (for example, writing, gardening, quilting, and interior decoration), giving of myself to others in a meaningful way, satisfying my love of learning to keep me intellectually stimulated, and having a knowledge base that I can share with (and by extension, teach to) others. If these needs are being met then so are my Core Themes. In the past several years, I have been able to strike a balance between my advocacy work, and writing my first novel, in order to honor all my Core Themes.

When my son first became sick, I immersed myself in learning everything I could about mental illness. I attended a support group for family members at Maine Medical Center, which was (and still is) offered by the Portland chapter of the National Alliance on Mental Illness (NAMI). Later I trained to be a support group leader myself, and also taught the Family-to-Family class (an evidence-based, SAMHSA accredited, 12-week course offered by NAMI).

I’m a founding member of the Spring Harbor Hospital’s “Linking Families” committee, working on ways to give families the support they need in order to care for their loved ones with mental illness.

One of my proudest accomplishments is the creation of the “Family Navigator” position at Spring Harbor Hospital (the largest psychiatric hospital in southern Maine), which is a full-time staff position dedicated to helping family members navigate the broken mental health care system.

I have presented on the topic of how families struggle with the mental illness of a loved one to many groups, including physicians, psychiatric nurses, medical students, college and graduate school students, social workers, hospital administrators, the Portland Police department’s Crisis Intervention Team, and Trauma Intervention Program (TIP) volunteers.

I developed and led speaker training for the Voices of Recovery Speakers’ Bureau, facilitated Focus Groups for both Spring Harbor Hospital and Family Hope, and facilitated a community information meeting for the South Portland Police department.

In 2017 I was the recipient of the “Heart of Gold” award at the annual Maine Behavioral Health “Heroes with Heart” event, given in conjunction with the Trauma Intervention Program (TIP) of greater Portland.

I describe my son’s illness as a ‘painful gift.’ I appreciate life more deeply because of it, and I use my family’s experience to advocate for others who are struggling to handle the scourge of mental illness and its stigma.

But what of my own dreams that were put on hold while I took care of my parents and learned to cope with my son’s illness?

For the past four years, I’ve been steadily working on my first novel, which I’m hoping to finish by April 2018. I describe my writing practice as my “antidote to despair.” I love writing. It is hard work but it has been a godsend — reminding me of one of my most powerful Core Themes every time I sit down to write.

It has been a long, circuitous process. By identifying and exploring my Core Themes I am more discerning about making choices that give my life meaning and purpose. My work with Ray Inglesi has been an integral part of the winding path that has led me here.   I am grateful for his guidance along the way.